I find myself back where I started, staring at the alleyway hiding Snug’s shop. I cross the road realizing I am drenched in sweat again. This time the door is locked. I palm the bio-reader and there is a short delay before the door swings open.

When I enter, cautiously, the two goons have been replaced by four new ones. These ones are dressed in black. They look slicker. And they have theirs guns out.

I can’t quite read Snug’s voice this time.

“Happy to see me?” I ask, ignoring the goons and the guns.

“Your ship is leaving in less than 30 minutes. Why are you not there?”

“Pressing business,” I say. I bring out the digiplaque. “I need you to take this back,”

“What?” he looks at me like I am crazy. The four goons around me shuffle taking a few steps back, uncertain. Their guns are still pointing at me.

“And I want a few supplies in return, instead.” I give him my list.

“You think you’re in a position to bargain?” He dares to put a little sneer in his voice. It’s a mistake. People, I think, just keep making mistakes around me.

I whip out a hand faster than any of them can react. Grab Snug by the throat and pull him forward so that his face hits the counter in front of him. I know. Classic undercover cop or underdog brutality maneuver. It is. But it also works. And because it’s such a cliche everyone is ready to believe it.

My other hand is holding the mini-blaster to his face.

“I only have to twitch and your head will be dust,” I say.

The goons are frozen in their tracks. Uncertain what to do.

“Tell them to drop their guns and stand back,” I say. Snug does just that. “Good. Now tell them to help put the stuff on the list together.” I try not to smile as Snug complies and they jump to help.

In my head I am busy joining dots. Captain Jackal’s black insignia-ed thugs did not pick up Ellie at Dock 17. If they had they’d have known already about Tessa’s unfortunate mishap with my blaster. This means that they’d either been tipped off and picked her up on the way or they just got lucky and came across her and the others. If it’s A I’ve been betrayed. Maybe. If it’s B the others are dead. No one has any real use for them and they know too much.

Corporations cannot let their experimentation with bio-weapons or their use of banned weapons get out. The only way to ensure it doesn’t is to wipe out every trace of everyone who might know something. In a moment of deja vu I see myself wading through a future marked by training swirls of red dust. I shake it off.

“Who did you talk to Snug?” I ask as the goons are busy with the assembly of my new shopping list.

“No one. I haven’t left my property,” he says like he’s talking to an idiot.

“Why did Captain Jackal tell me he spoke to you then?” I am fishing.

He blanches just a little. Too little for me to be 100% sure, and holds his ground. “Captain who?”

“Fui Draconum,” I say, “Tessa’s brother, remember? Or should I say the surviving sibling of the Fui Draconum family?”

My gambit pays off, he momentarily loses it. His eyes blink rapidly. He licks his lips. “You killed her? You killed Theresa Fui Draconum?” he asks using her full name.

“Come clean you louse or I shall be adding you to my confirmed body count,” I say. I don’t really know if there is a confirmed body count. Being the bogeyman of the galaxy means they pin all sorts of stuff on you as an excuse for their own failures or simply because you’re a convenient target. Corps take out a container ship who’s captain has been skimming a little off the side? It was the Red Reaper. Some corporate vendetta comes to a messy end, again, my name comes up. And should government lackeys decide to get mixed up in some internal ‘house clearing’, yep, you can bet it’s going to be pinned on me.

As a matter of fact I think that if we actually track all the kills attributed to me and work back on the timeline it will be proved that I can miraculously be in several places at the exact same time. Snug, I know, is weighing all he knows and has heard about me in this moment.

I take a half step towards him.

“Please!” he begs cowering, “don’t kill me!” On cue, a goon appears, then another.

They don’t listen. The first one takes a step towards me. Misguided loyalty to his new boss makes him stupid. That plus ignorance of who I really am. What I am capable of. It’s a mistake.

I duck under the first goon’s overswing. Where does he even find these people? 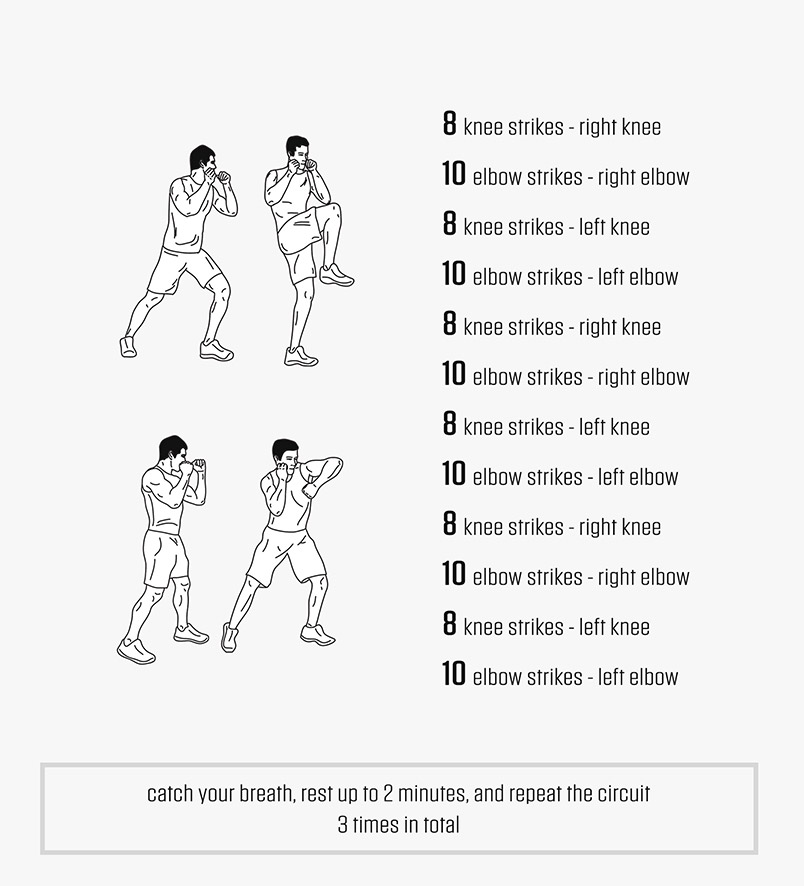 I kick him twice, left knee, right knee, then knee him in the stomach as he falls and elbow-strike him in the face. Close-quarters combat is all about applying the right amount of force on joints.

The second is behind me before the first one’s unconscious body completely collapses on the floor and then I have to half spin to avoid his grip, body moving as a weapon. I slam into him with my back, unbalancing him. 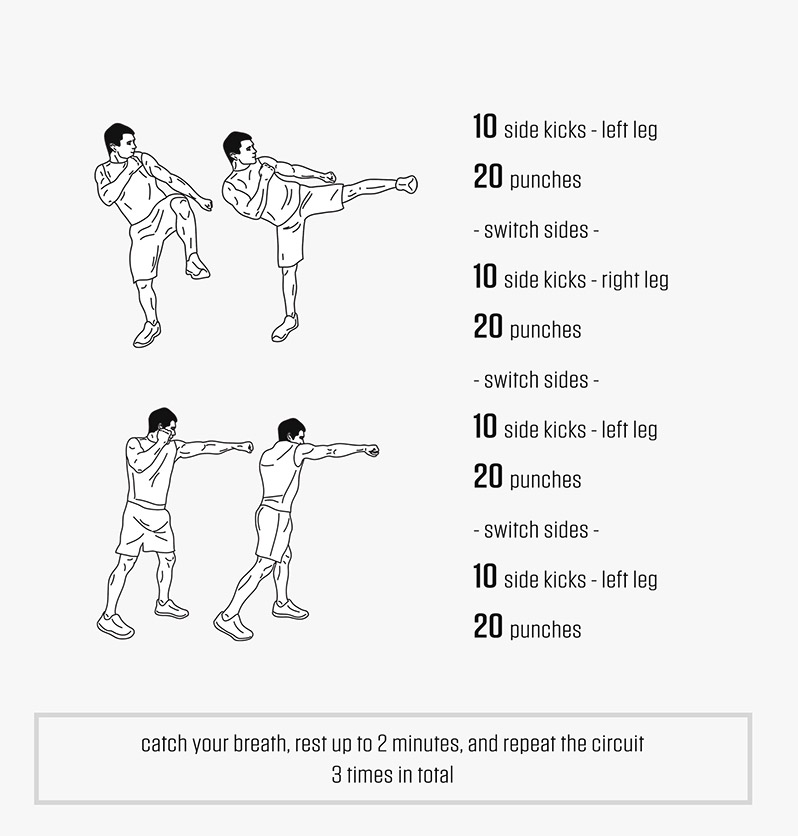 “You were saying,” I turn to Snug. Two more goons appear, they see their crumpled comrades on the floor. Look at me.

“Get to work,” I repeat and this time they disappear to the backroom they came from. I turn to Snug.

“I told Captain Michail Fui Draconum. I told him where to find the girl and her uncle. Forgive me!”

“I thought you’d be on your way. On the shuttle, on your way to Eden. I didn’t sell out your friends. Just the girl and her uncle.”

“There’s a reward. Lots of credits. Even more than they’re paying for you.”

As I am contemplating what to do with him the two goons from the back come back. They each have a massive leather bag filled with goodies. I take the bags from them, ask them to back against the far wall. Snug is expecting retribution.

“You betrayed me,” I start and he cringes further. “You know much about the Fui Draconum family. How?”

“I’ve done business with them. Please!” he begs.

“What sort of business?”

“Information. I hear a lot here, at the Hub. They wanted me to be on the lookout for some things. Mentions, rumors, that kind of thing.”

“Nothing important. Miner stuff. I could never understand their fascination with it.”

“Oh, you know. They wanted scraps of information, anything I could find about Orion families. Then maybe see if I hear something about specific people.”

A lot of threads come back to Orion. I wondered … a thought begins to form at the very back of my mind.

“Technically I didn’t-” he begins, which is true but I am not in the mood for semantics.

“Do you want to die?” The goons, just then, remember their task. Take a step forward. I raise an arm their way, finger extended towards the ceiling in admonition. They think better of it and fall back. “Good boys,” I say.

“No more information sharing from you for today,” I say, I stress my words.

I shoulder the bags and make my way out. It’s a little darker now outside. The Hub sun is beginning to set. Perfect. I have a rendezvous with a jackal to keep.

Current funding status: low
What does this mean?
DAREBEE is a non-profit free, ad-free and product placement free global fitness resource. DAREBEE is supported exclusively via user donations.
Disclaimer & Privacy Policy. © 2021 DAREBEE | formerly NeilaRey.com  | All Rights Reserved. This website uses Cookies.
All of the materials on this website are unique, copyrighted and are exclusive to darebee.com. Contact DAREBEE administration