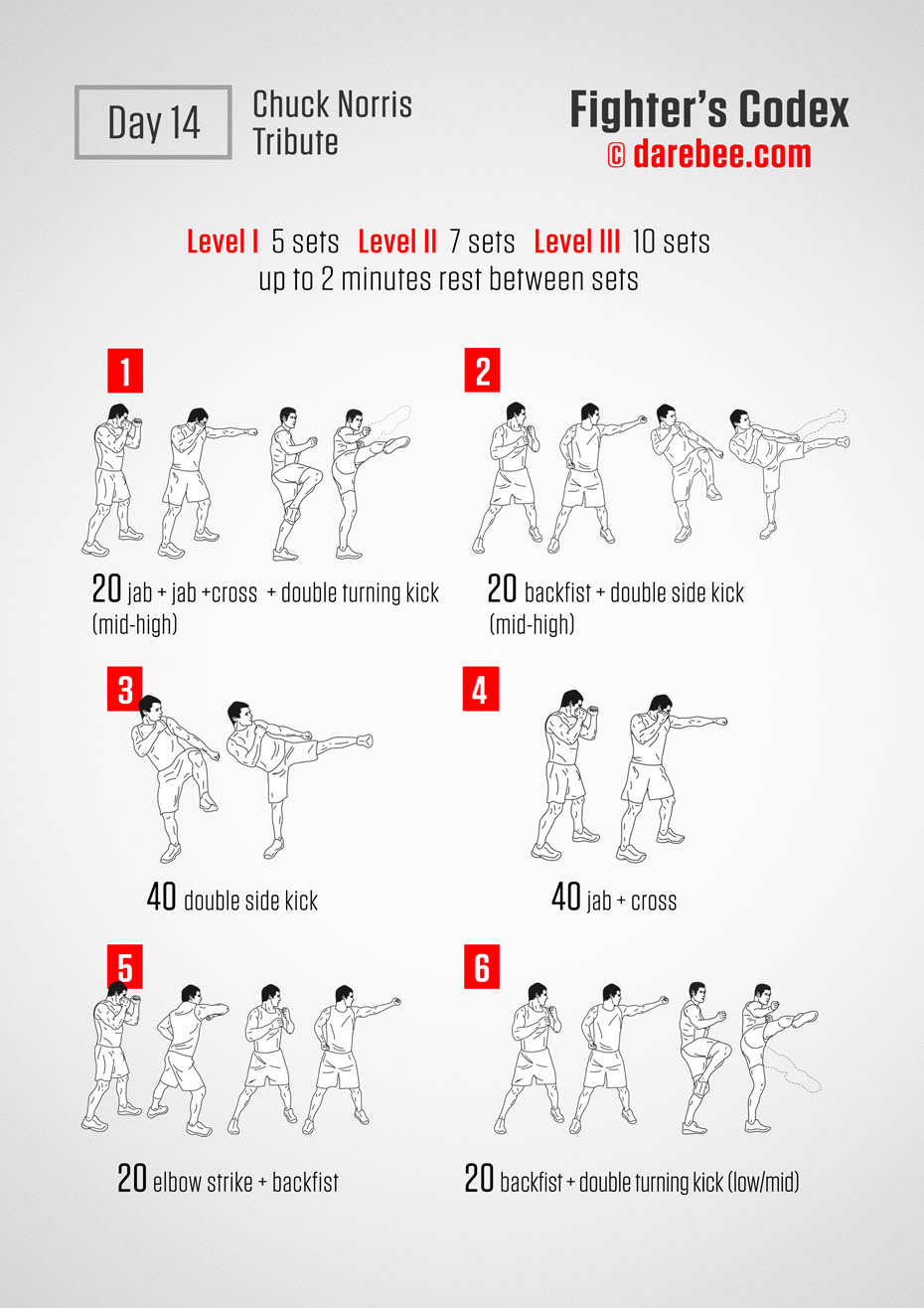 Although it’s not widely known, Chuck Norris took the relatively new art (back in the 70s) of kickboxing to new heights through his synthesis of training techniques more commonly found in sports other than martial arts. He championed bodyweight training, as well as the use of weights for gaining strength and he was a great proponent of long hours of heavy bag work as a means of raising endurance levels. His double-kick combinations in the ring were a new phenomenon at a time when everyone looked for single-kick knock-outs. He paved the way for the open-mindedness that exists in the martial arts world today where training techniques are judged on effectiveness rather than on style.