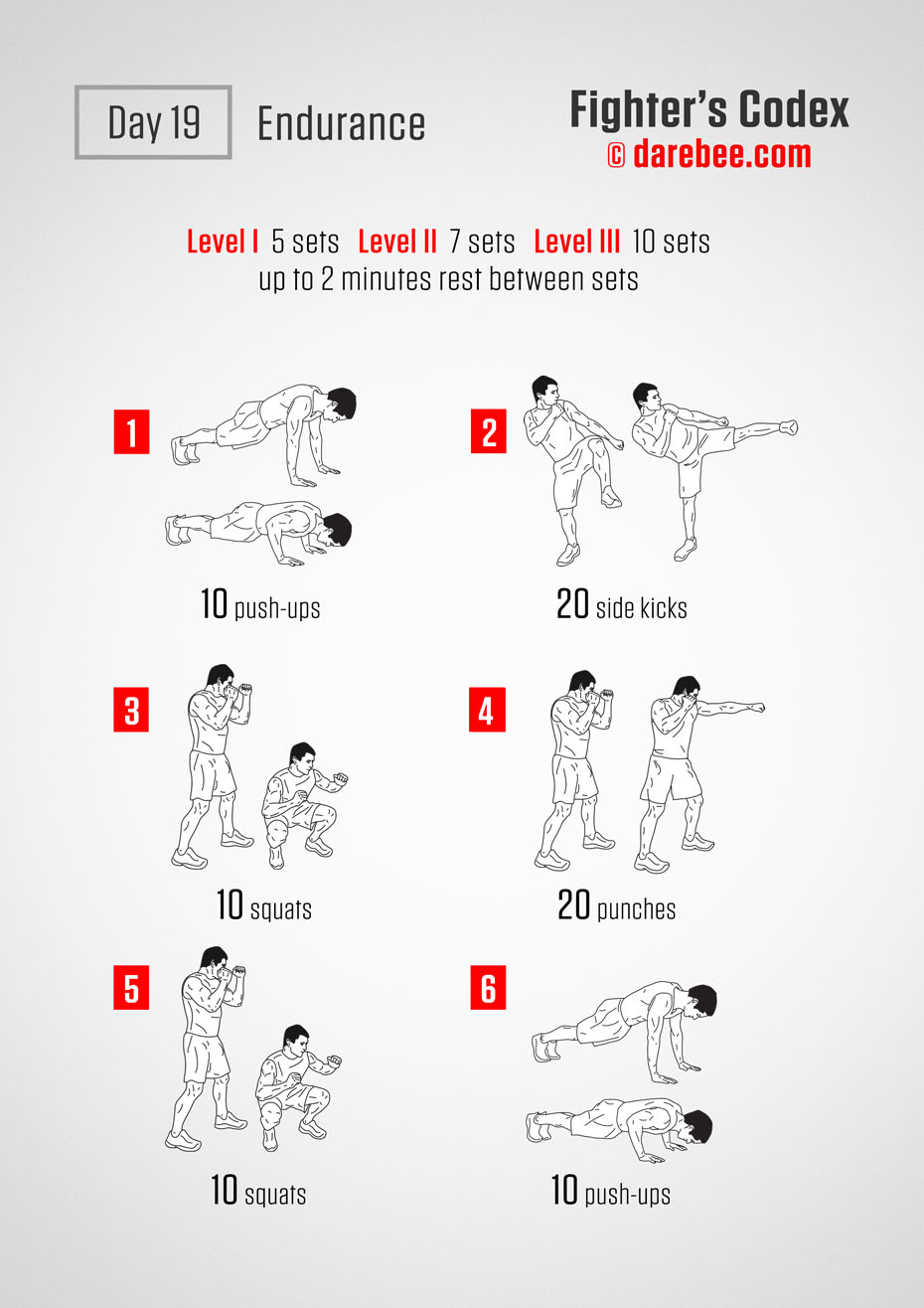 Endurance is the ability of the muscles to work at full power for protracted lengths of time and then recover quickly so they can do it again. Like most aspects of physical fitness endurance is something that can be worked on and improved. Beyond the ability to physically do things endurance plays another role that is just as important. It slows down the onset of fatigue. Fatigue occurs when fuel stores to the muscles have been depleted and insufficient amounts of oxygen are getting through to them. Insufficient oxygen in the bloodstream also affects the brain, slowing down analytical thought. Fighters who have good endurance levels are able to think clearly under pressure. Their brains are unaffected by the demands made of their muscles. They can therefore perform better than untrained fighters.